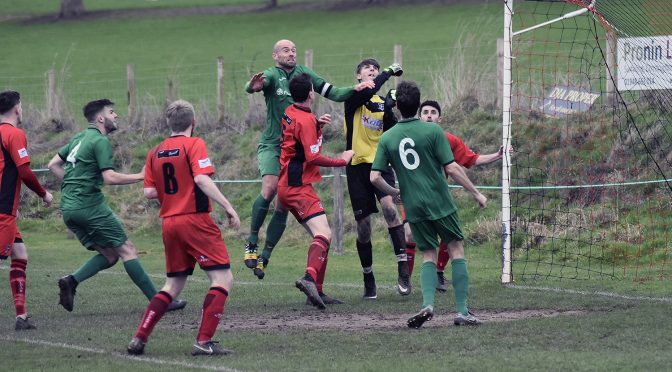 A Matty Taylor hat-trick secured a tough 3-1 away win at Malpas. Pilks arrived expecting a difficult encounter against a team whose position in the league doesn’t reflect their quality and these expectations were justified as hosts dominated the first half of the game.

It took two good tackles from Jack McConville to keep the scores level before Pilks conjured up their first half chance on 21 minutes but Graham Boylan’s shot was snuffed out after great work from Luke Sephton.

Five minutes later came moments of madness for both teams. Firstly a mis-timed tackle by McConville led to a penalty for Malpas. As last week, young Patrick McLoughlin was the hero as he pulled off a great save. And from his long kick, Matty Taylor was upended in the box and bizarrely Pilks were now awarded a penalty. Unfortunately, Deklan Hill failed to score so the game remained at a deadlock.

This did seem to shake Pilks into action and they started to get closer to the opposition and find some composure on the ball. On 29 minutes, Taylor gave Pilks the lead when he arrived at the back post to head home Hill’s cross. Pilks were then unlucky to extend their lead when Boylan’s lob was cleared off the line and Jack Cunliffe’s goal bound shot was deflected. 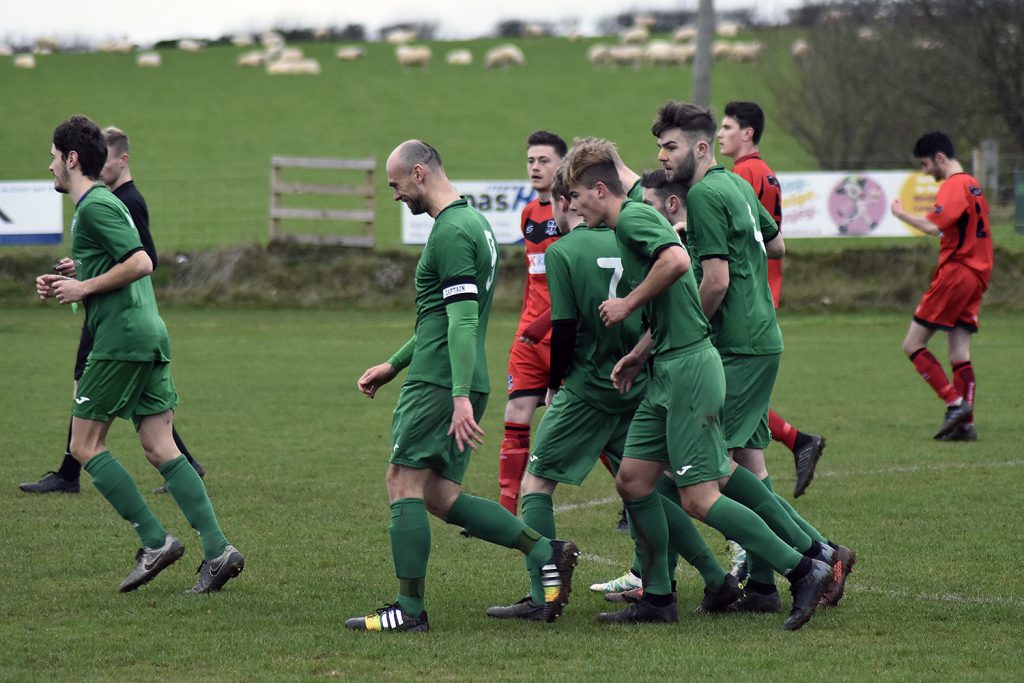 But the opposition were not lying down and had a few chances themselves to get back in the game. They continued to battle hard and got their reward five minutes from half-time when Hailes equalised with a free header in the box.

Pilks came out with some purpose in the second half and went ahead within minutes. Nathan Moore skipped past a few players and delivered a deep cross that Taylor somehow managed to head home at the back post. There was controversy as the opposition disputed it but in the absence of goal-line technology the assistant referee ruled it a goal. 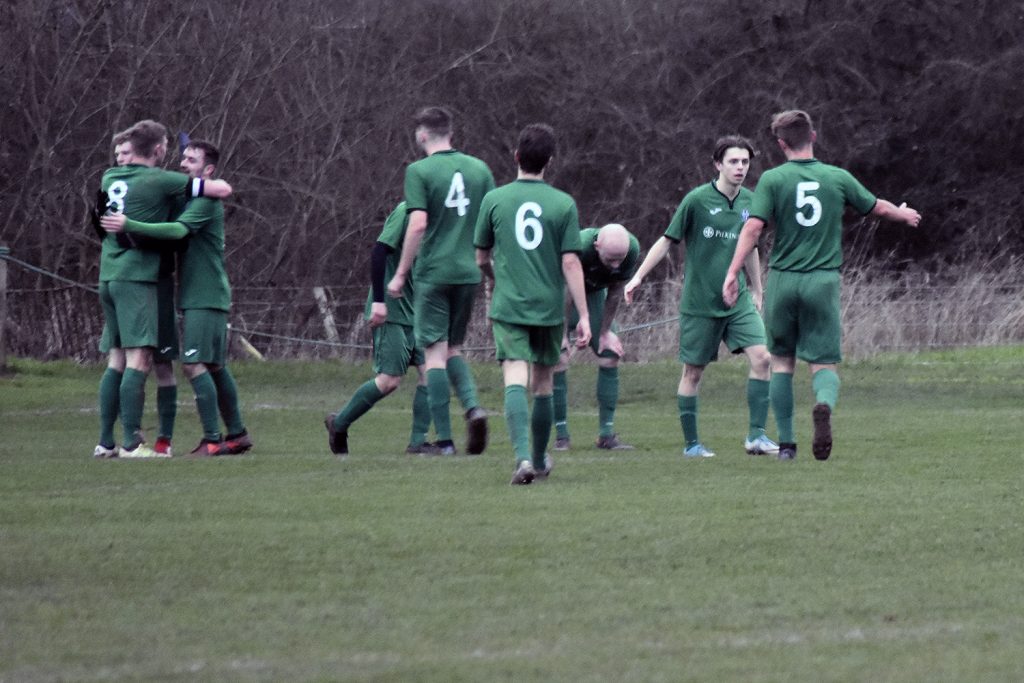 Whilst not being a real threat to the Pilks goal the opposition refused to lie down. With eleven minutes remaining Taylor completed his hat-trick with a strike of real quality. Sephton flicked the ball on and Taylor cut inside and dispatched his shot in the top corner to give the keeper no chance. 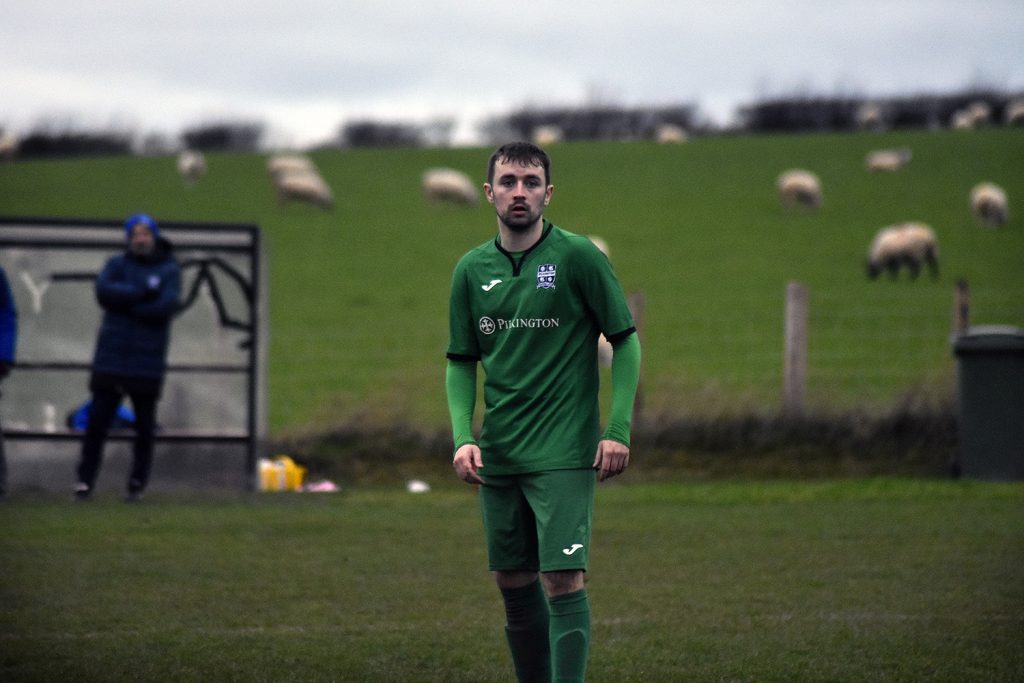 Despite this the opposition kept coming and McLoughlin was called into action in the closing minutes to preserve the lead. The last action of the game saw Hill’s volley cleared off the line.

Managers’ Comments: We are pleased that the lads found a way to get the three points today as it’s a very difficult place to come and grind out three points. They never lay down and we shown great character.