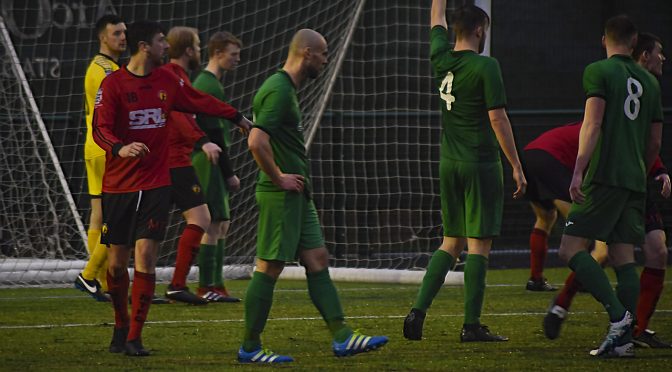 Pilks swept aside top four side Middlewich Town at the Arcoframe with a resounding 6-1 victory. They got the perfect start when Adam Dixon gave them the lead within 70 seconds with his shot curling into the top corner from just outside the box.

Middlewich rallied and hit the bar seven minutes in but two minutes later Pilks doubled their lead. There was some great play between Graham Boylan and Nathan Moore before Deklan Hill delivered the ball into the back post for Matty Taylor to head it back across the box for Luke Sephton to finish.

Pilks were relentless in their play and had total control of the game with ten minutes of the half left. Ben Maddocks played in Taylor who cut inside and shot from a tight angle. The keeper did well to push it wide and from the corner, centre half Callum Barry popped up at the back post to head home his first goal of the season. 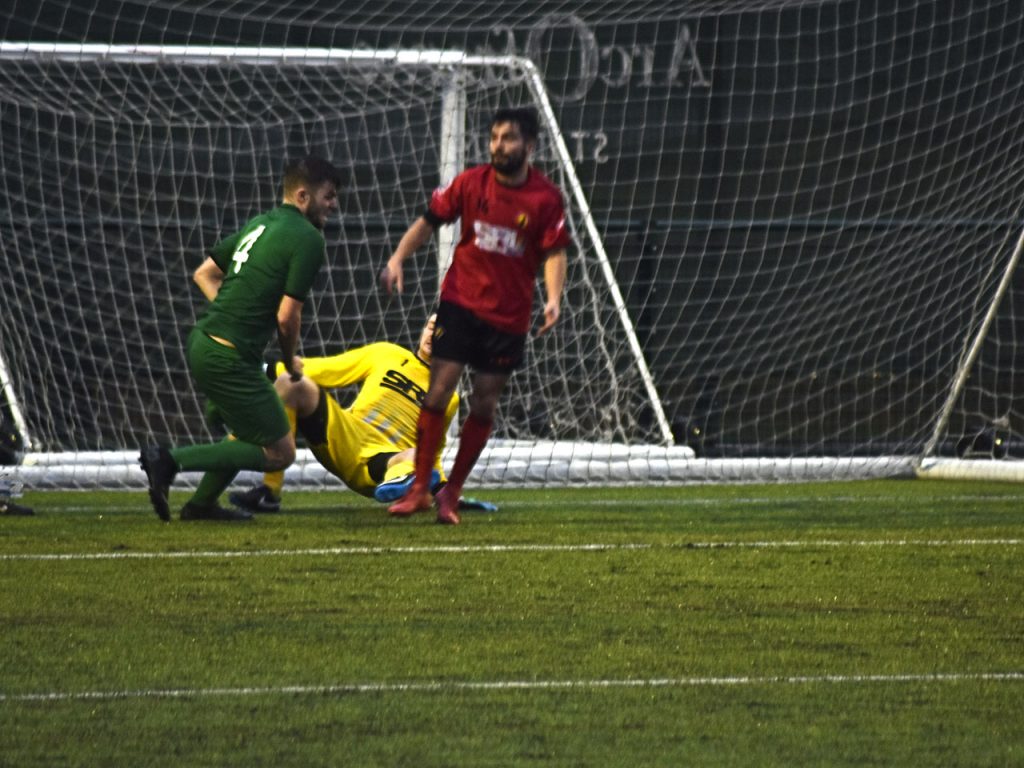 Pilks came out in the second half with the same desire to ensure they completed the job and were 4-0 up within minutes of the restart. Boylan played a beautiful waited pass with the outside of his foot to Taylor who cut inside once again but this time fired it into the bottom corner.

Middlewich forward Callum Preistley was unlucky to grab one back when a free kick flashed across the six-yard area before Mason Ryan went on a foraging run from full back only to be denied by the keeper.

James Smith pulled one back for the opposition on 72 minutes before Barry grabbed his second at the back post from an almost identical corner. Boylan was unplayable and he slipped Sephton in a minute later but he shot just wide.

Pilks were in total control as they pressed the opposition right to the end. With three minutes left Boylan completed his man of the match performance when he was put through but unselfishly passed sideways for Sephton to finish into a open goal.

This was a rampant performance by Pilks against a team who sit only two places below them in the title race.

Manager’s Comment: “After last week’s tepid display we wanted a response from the lads. Their desire to win this game was great to see and the press right until the end was unreal. Boycey was outstanding in pinning their defenders back and letting the lads play from there.”