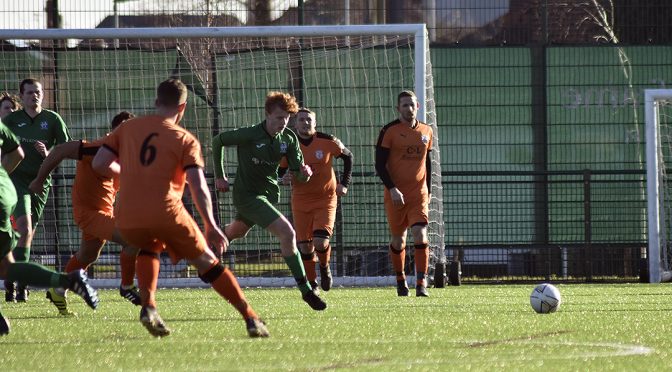 Pilkington came into the game on the back of 2 defeats and with new manager Jack Hook in the dugout they were looking for a response. 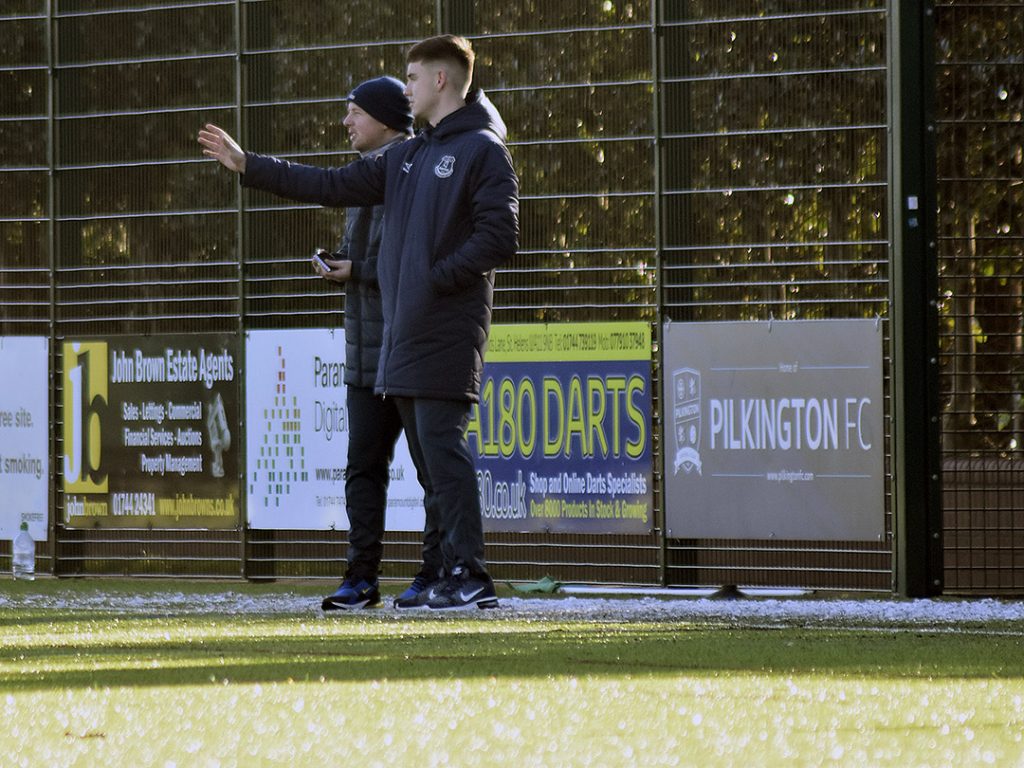 It was a cagey start from both teams and it took some 20 minutes for the first shot on goal, Rory Campbell delivered a 40yd pass into the path of the speedy Higham down the right, his low cross was met by Tao who’s shot whistled past the post.

Pilks went ahead 2 minutes later, great pressing from Jake Bickerstaffe and Alex Higham resulted in the ball breaking to Tao who’s clever turn was to good for the defender who could only bring him down. Rory Campbell fired home the resulting spot kick. 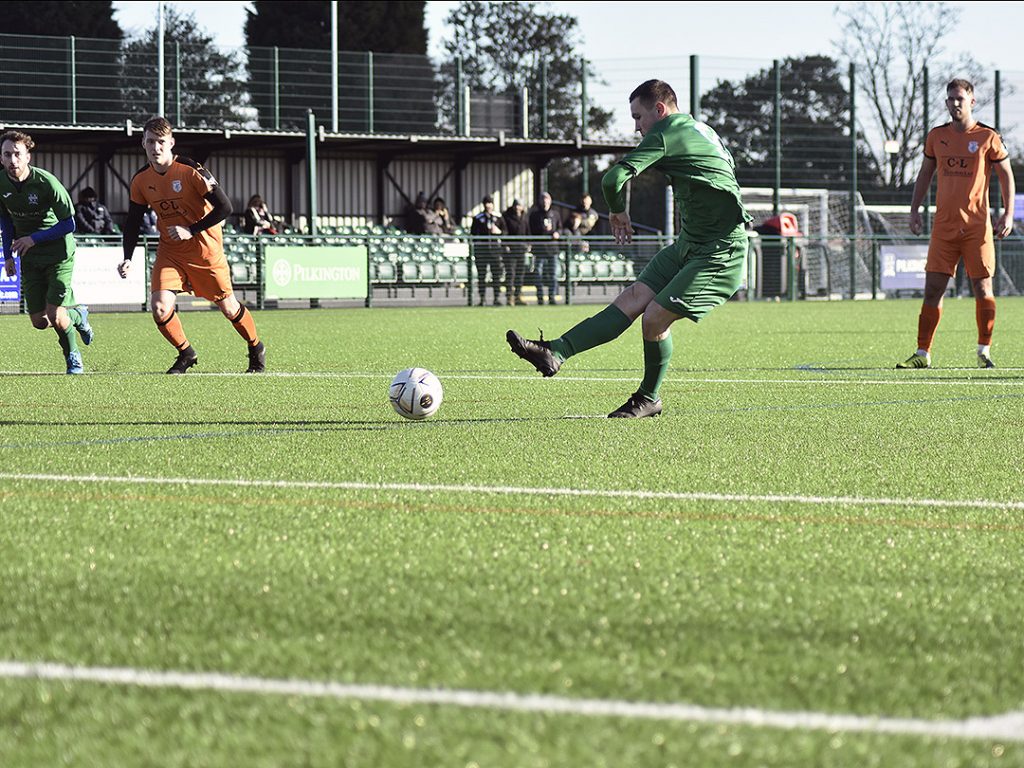 This seemed spark the visitors into life, immediately from the restart they broke away and it took an outstanding save from Finney to keep Pilks ahead. The warning signs were there and on 35 minutes Daten had their reward, the inexperience of the youthful Pilks showed when possession was turned over cheaply the Pilks midfield opened up and the Daten attacker took full advantage to fire home.

Pilks responded well and with 5 minutes remaining of the half the threat of Higham was evident again as he raced through on goal only for his powerful shot to be straight at the keeper.

As half time approached a deep cross into the heart of the Pilks defence struck the arm of centre half Luke Campbell, it seemed harsh but a penalty was given. Potter struck home to give Daten a 1-2 lead at HT.

Pilks started the second half brightly and seemed to be more aggressive in their approach, within 5 minutes they were level. Campbell’s fine pass sent Sephton free and his accurate shot found the bottom corner. Pilks were now in the ascendancy and further chances fell to Sephton who was denied by the Daten keeper.

The chance of the half fell on 72 minutes, Fillingham’s inch perfect pass was met by Sephton, his first time effort was blocked at the feet of the keeper, Higham looked certain to tap in the rebound but he failed to make solid contact. 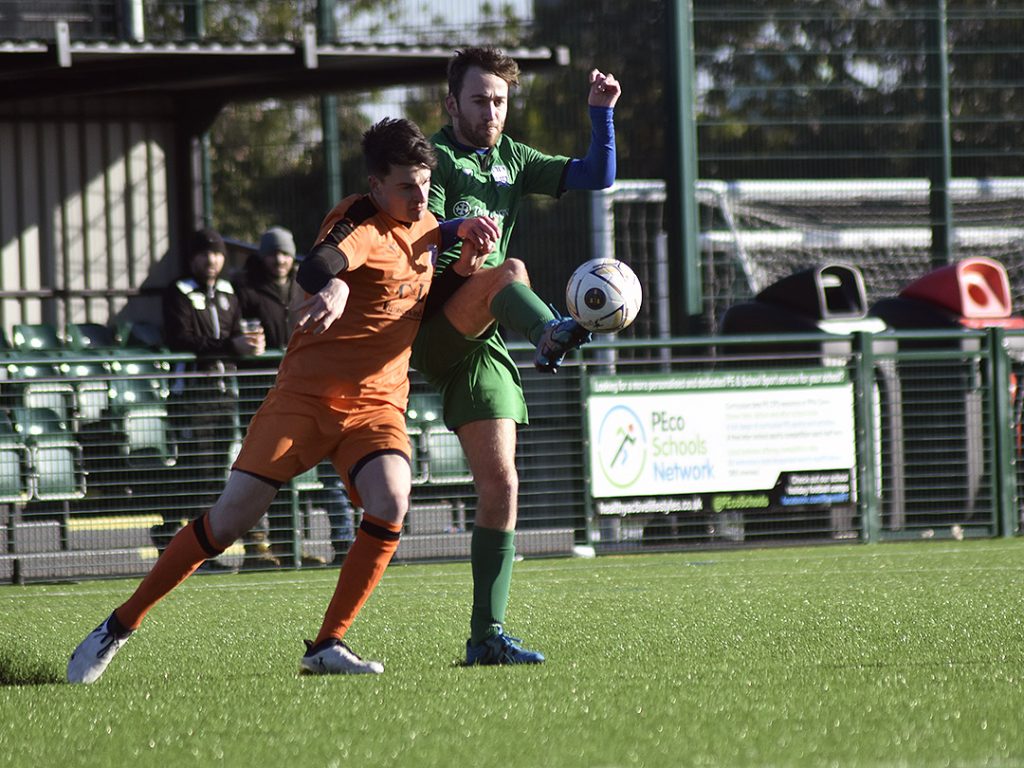 There was still time for a Daten red card, a great stop from Pilkington’s Finney and a huge penalty appeal in stoppage time when Tao looked to have been pulled back at the far post. That happened to be the last action of the game and both teams settled for a point.

Manager’s Comments: I thought the lads deserved more, we were the team who took the game to them but we just lacked the quality and composure in the final third. Second half we improved the tempo of our game and created chances. It’s a young team with lots of potential and we’ll be looking to add some experience over the coming weeks.

Match Photos can be found on our Facebook page.