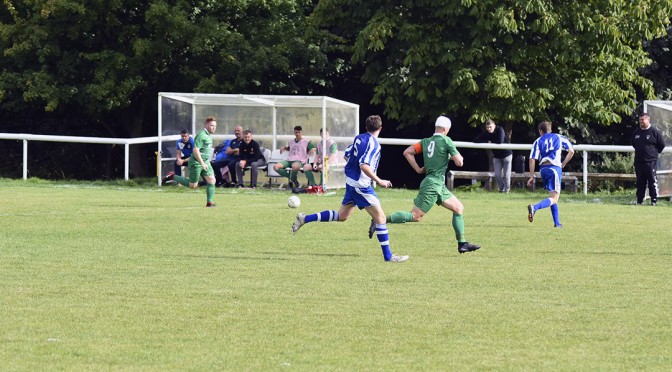 Pilks made the long trip to Whaley Bridge on Saturday and came away with all 3 points and a resounding 4-1 victory. In joint managers, Dave Murphy, Peter Edwards and Ste Palfrey’s first game, they simply over powered and out played a very physical opposition.

The game got off to a frantic start with 3 goals within the first 15 minutes. On 9 minutes Graham Boylan flicked onto Luke Sephton whose effort was close and a minute later Boylan was involved again as his pass played Matty Taylor in who lobbed the keeper to open the scoring. 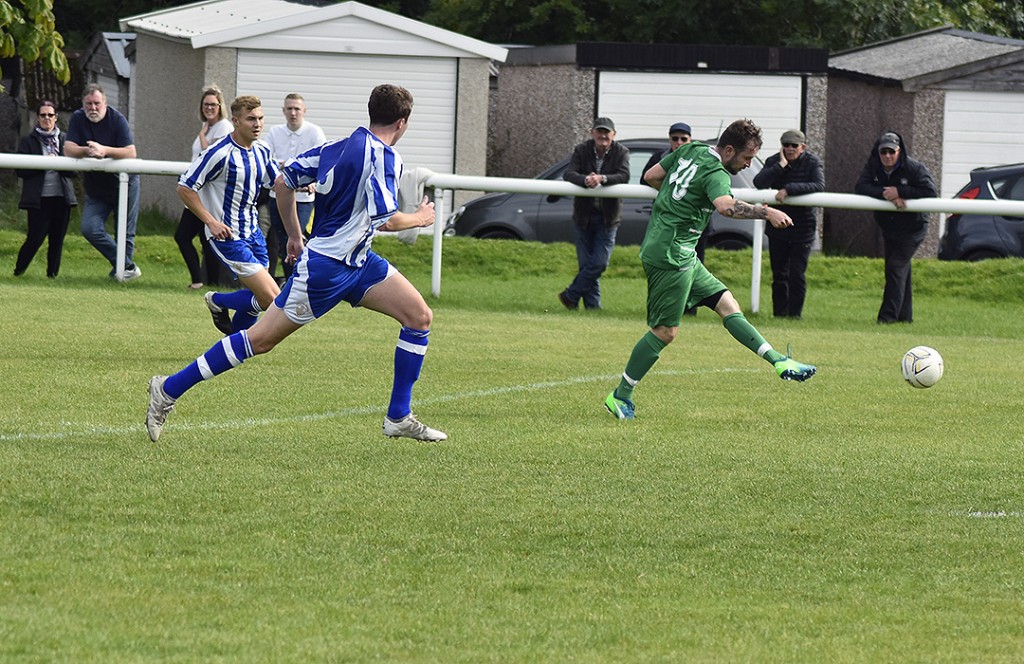 5 minutes later, Taylor doubled the lead when his pressure led to the opposition keeper miskicking a long ball and giving him an open goal to finish in.

Despite the lead Pilks were being put until pressure with Whaley Bridge’s direct play. They struggled to cope with the physical strength of their forward line and on 15 mins they won a free kick on the edge of the box. The resultant kick flew into the top corner giving young keeper Sam tickle no chance. 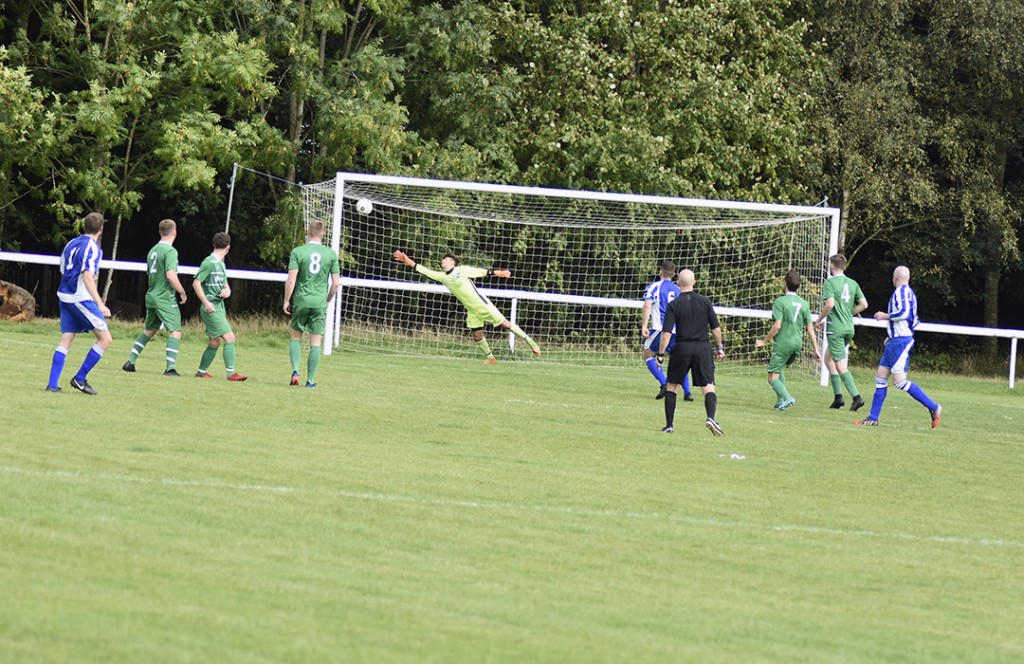 As the game went on Pilks got to grips with the opposition attack and started to control the game. On 20 minutes Boylan rounded the keeper but took it too wide to finish and on the half hour Deklan Hill’s shot went just over the bar.

Pilks extended their lead with 10 mins left in the half. Some great link up play between Sephton and Hill slid in Taylor who completed his hat-trick superbly from a tight angle.

Whaley Bridge came out with some purpose in the second half and Tickle saved superbly to prevent a comeback. It took Pilks 15 minutes to register a shot on goal when Taylor flick to Boylan then released Sephton whose shot went just wide.

On 65 minutes came the goal of the game. Taylor’s reverse pass found Hill approaching the edge of the box and he created his own space with a great shimmy before curling it into the top corner.

Whaley Bridge never gave up but Pilks managed the pressure well and as the game closed Sephton had a chance to get on the score sheet. Mason Ryan’s divine pass with the outside of his foot found Sephton who rounded the keeper but somehow he recovered to touch Sephton’s shot onto the post. 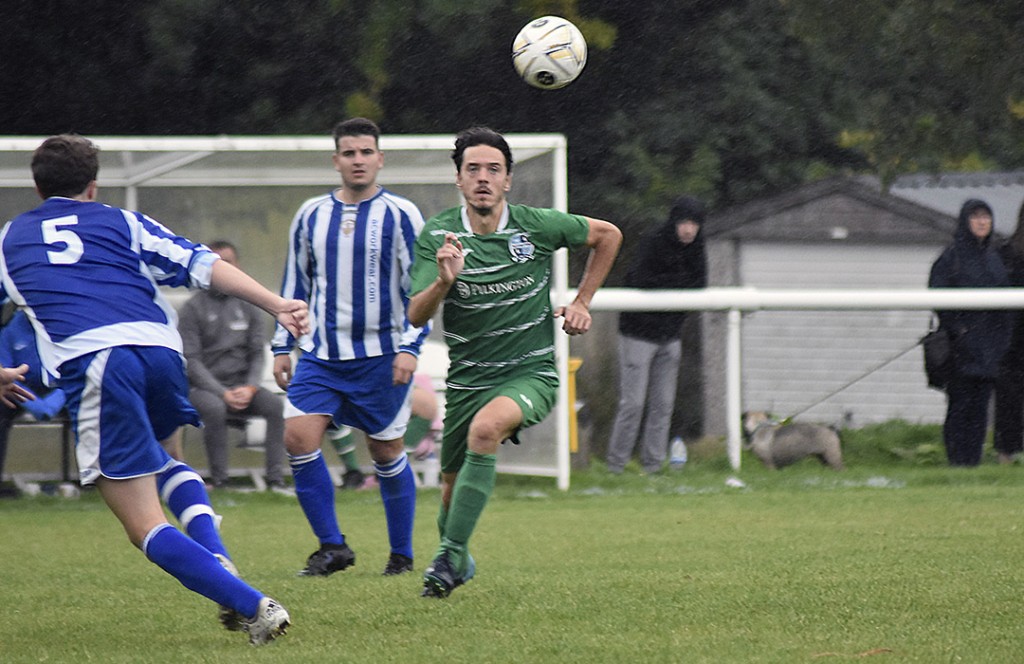 Managers’ MOM: It’s always difficult to ignore a player who scores an hat-trick but in all honestly Matty had one of his quieter games which just goes to illustrate the quality he has. For us, our MOM was Ben Maddocks. He was all over the pitch filling in where needed and breaking down their play – that gave us the confidence and basis to take the game to them and get the win.

Managers’ Comments:
Not only are we absolutely made up to get a win in our first game but also in the manner that we got it. The lads showed great character and real determination against physical opposition. They carried out the game plan to perfection and we will only get better as we have time to work with them.