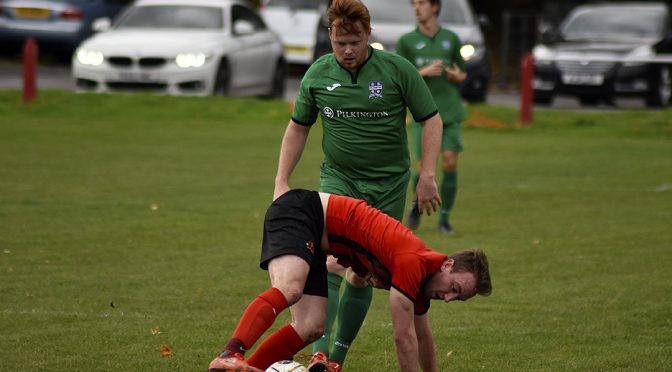 Pilks nine game unbeaten run came to an end with an under-par performance at Poynton. With both teams locked on 21 points this was a good opportunity to cement a place in the top four – but it was Poynton who came out winners with a 3-1 victory.

Pilks started well when they went ahead in the third minute. Luke Sephton’s cross found Jack McConville with a little space in the six yard box and his shot richoted to Mateusz Prokopczuk to slot home on his first team debut. 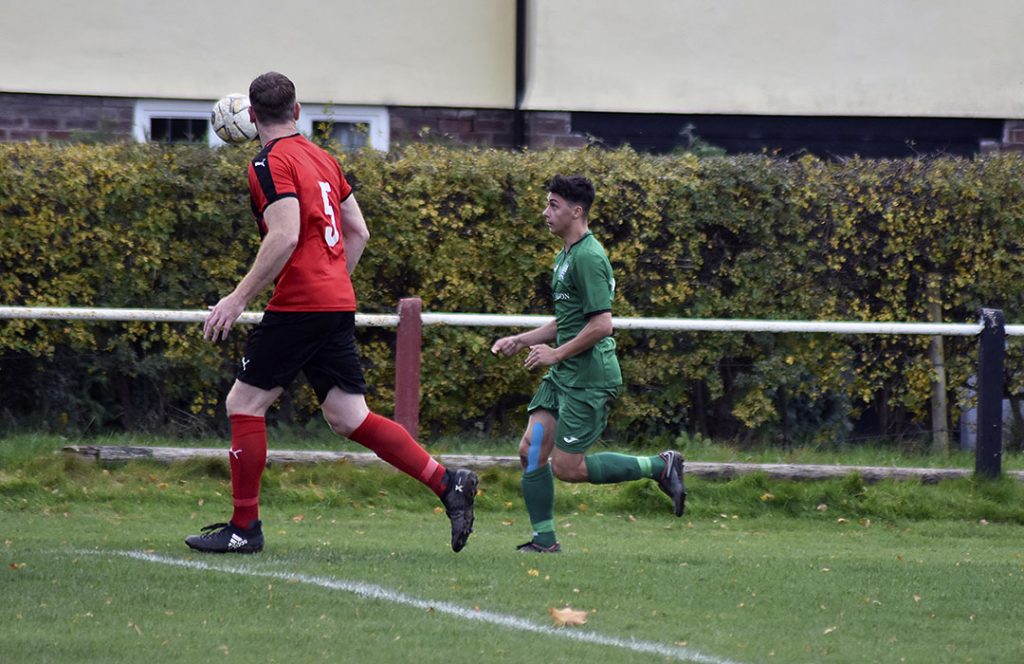 Poynton found it too easy to equalise two minutes later with a back-post header from a corner.

As the game went on Pilks struggled to deal with the powerful opposition. They couldn’t find any rhythm to their passing and seemed half a yard off every ball. Eventually the Poynton pressure paid off when a defensive mistake let the opposition in with 15 minutes of the half left.

Apart from a few snapshots Pilks had very little attacking threat as they put in one of the worst displays of the season. Matty Taylor should have done better with a one-on-one and Sephton’s snapshot flew over the bar.

With the managers’ words ringing in their ears, they came out in the second half with much more purpose and pinned the opposition back. However, just when it looked like they could get a foothold in the game, the referee decided he would have an impact.

In a game of very little incident, he decided to book Matty Taylor for an innocuous shoulder charge. Persistent fouling was the reason given and, of course, when a ‘mistimed’ tackle went in a few minutes later, it was another yellow and off Taylor went.

The ten men of Pilks were still controlling the possession in the second half however Poynton should have put the game to bed on 70 minutes when a free header went over the bar.

They did eventually extend their lead with ten minutes left after a good cross was met at the back post. Despite this Pilks carried on pressing but were unable to break down the tough Poynton defence.

With five minutes left further controversy as Miguel Gillam’s header seemed to cross the line but the referee waved play on. The referee’s inconsistency shone through again with minutes left when Dixon was hacked down on the edge of the box only for the referee ‘to have a word’. 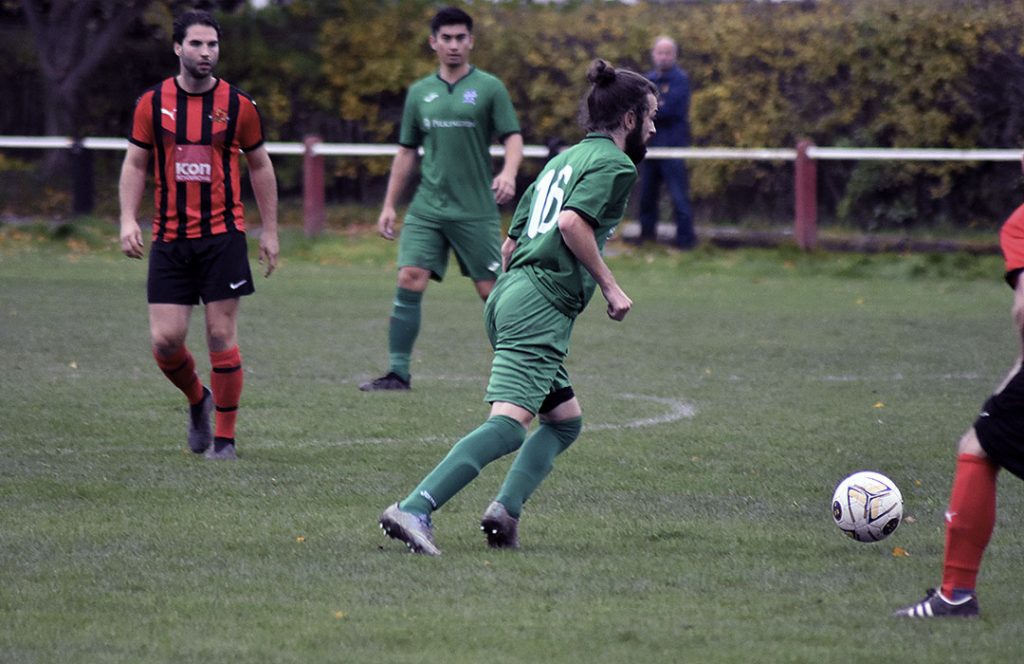 Dixon’s frustration boiled over in injury time as his rash challenge led to a straight red.

Manager’s Views:
It wasn’t the best from our lads and we have to look at it as a missed opportunity. It’s always easy to look at the inconsistency of the referee’s decisions as an excuse but ultimately our performance wasn’t good enough against a powerful opposition who will be there or thereabouts come the end of the season. The only positives were the performances of the three young lads who were outstanding.