Pilks hit seventh heaven as they beat local rivals FC St Helens 7-1 at the Arcoframe to close the gap even further on the league leaders.

Pilks put in a totally dominant display and their quality shone through from the first minute. Luke Sephton forced a good save from Chris Brinksman in the FC goal and from the corner there was a penalty shout before Miguel Gillam’s shot went just over.

The game was literally over as a competitive match within 18 minutes as Pilks blew away the opposition with some breathtaking football and finishing. 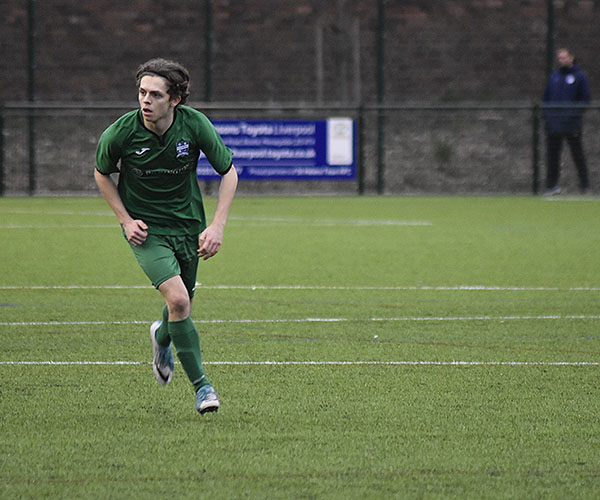 Nathan Moore was a constant threat with his overlapping runs from full-back and Captain Graham Boylan put in an MOM display at the centre of the attack.

On 10 mins Boylan got the first of his three for the afternoon after Brinksman stumbled on Moore’s cross and he was able to chest it into an empty net.

Five minutes later Sephton got onto a loose ball just outside the box and chipped it over the advancing Brinksman. Boylan grabbed his second a few minutes later when he headed home Mason Ryan’s pinpoint free-kick from the halfway line.

Pilks seemed to drop off the pace for the rest of the half but FC were already down and out and couldn’t really muster any kind of threat. The only one shot they managed in the half was saved well by young Sammy Tickle.

Pilks stepped it up again after the half and should have been further ahead ten minutes in but Adam Dixon failed to convert a penalty. Ten minutes later and Matty Taylor got in on the act when he burst through the FC’s defence to make it 4-0. This started another ten-minute spell that saw a flurry of goals.

Taylor grabbed his second on 64 minutes when he turned inside and curled it into the corner, then FC grabbed one back against the run of play through a Callum Laird penalty before Boylan completed his hat-trick with a bullet header from Taylor’s corner. 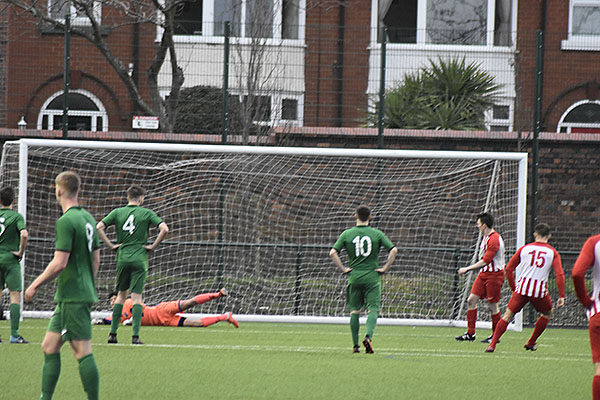 Taylor Prescott replaced Luke Sephton and he went close with ten minutes left when his snapshot just went wide and Matty Taylor should have completed his hat-trick when he went through five minutes from time but his chip just went over the bar.

Taylor finally got his third in the dying moments when he got onto the end of a Deklan Hill through-ball to complete the 7-1 rout. This was a relentless performance by the boys in green and with League Leaders Altrincham Reserves slipping up it leaves Pilks needing to win their last three games to be crowned champions of the Cheshire Premier Division on goal difference.

Manager’s Comments: “This was another top performance and it’s nice to beat our close rivals so emphatically. The lads have a real focus now and its in our hands which is all we can ask with so few games left.”