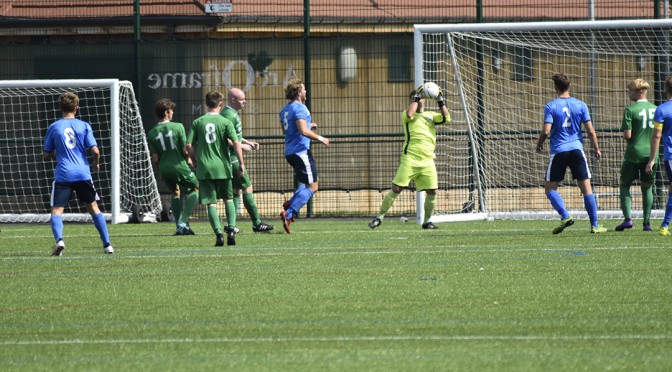 4th August saw us set out for our first Cheshire FL Premier Division game of the season against Crewe FC.

Only 4 starters from last season’s promotion winning team started with debuts given to Hulme, Bowes, Norton, Ryan, Lightfoot, Richardson and Hill; Hulme was given the Pilkington’s armband. 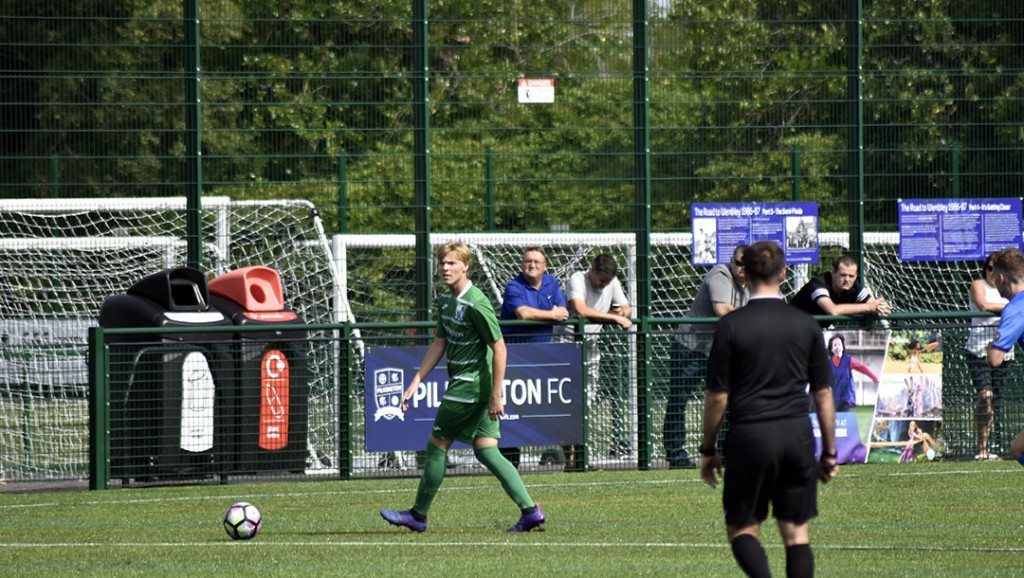 The game started off very slow, with little action in the first 15 minutes as both teams failed to get control of the game. The 33rd min was Pilks first real chance and it came from a marauding run down the left wing by Ryan. His cross was handled by the Crewe FC player leaving the referee with no alternative to reward a penalty.

Up stepped former Maghull skipper Richardson who cooly slotted home the Penalty for his first Goal in a Pilkington shirt.
5 mins later, Sephton had a great chance cleared off the line; He ran onto a through ball from McGrath, rounded the keeper and his shot from a tight angle was goal bound until the big Crewe no5 cleared his lines.

Pilks started the second half much better, with the midfield quartet of Hulme, Richardson, McGrath and Maddocks starting to get the battle in the centre of the park won. This allowed full-backs Ryan and Dixon to get forward more often.

On 65mins, Pilks brought on Taylor in place of Hill and he got on the ball rightaway and played a good through ball for Sephton. The Crewe FC keeper came out well to clear, resulting in a collision with Sephton; he was able to get up and jog off gingerly.

A mistake in the Pilks Midfield gave Crewe FC their only real chance of the game, Norton made a great save, but it fell for the forward to tap home the rebound; luckily for Pilks though he was in an offside position. 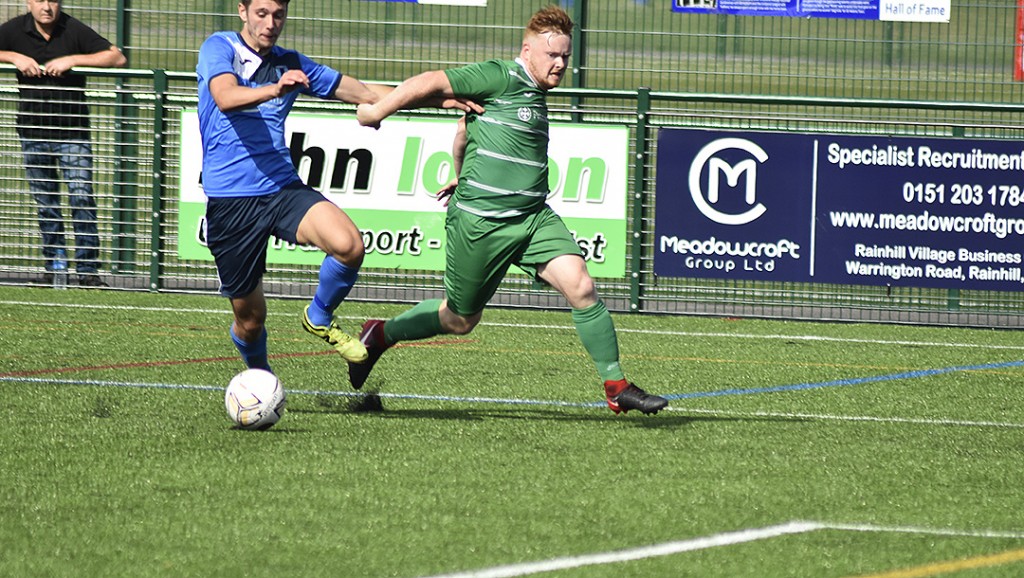 The chance spurred on the Pilks lads and they went up the other end and scored the 2nd goal of the afternoon. Good interchanged passing down the Pilks left resulted in panic by the Crewe FC defence and a pass back to the keeper was picked up resulting in an indirect freekick being given just to the right of the Crewe FC 6 yard box. Sephton and Ryan stood over the ball and Sephton squared it to Ryan who smashed the ball into the top corner of the net!

Managers Comments;
Personally I did not think we played that well today, thought we were wasteful in possession of the ball, our decision making at times was poor; but overall I was pleased with how we defended as a team, its always nice to keep a clean sheet; if asked at 15:00 what I wanted from the game; I would have taken a clean sheet and 3pts. I thought all the new lads fitted in well to the system we played.

Managers M.O.M
Mason Ryan was superb throughout, great energy, his cross won us the pen and his free-kick sealed the points; He will only get better the fitter he gets.