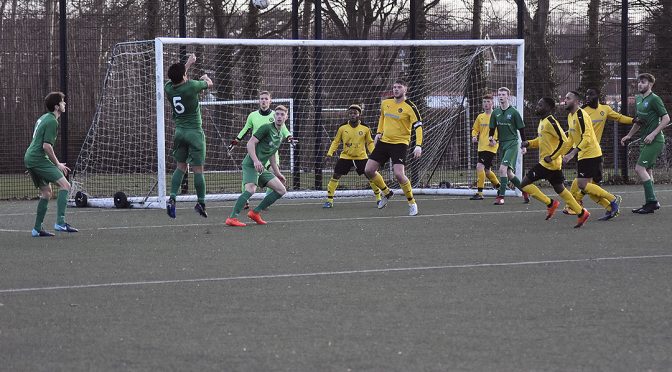 Pilks grabbed a point in dramatic fashion at Egerton when Ben Maddocks scored with the last touch of the game.

Pilks expected a tough game against a team full of ex-semi professionals and internationals including former Ajax star Dean Gorré. They found it difficult to start with as the opposition dragged them around with their quality and seven minutes in they were behind when ex Oldham and Maidstone United striker, Darius Osei headed home. 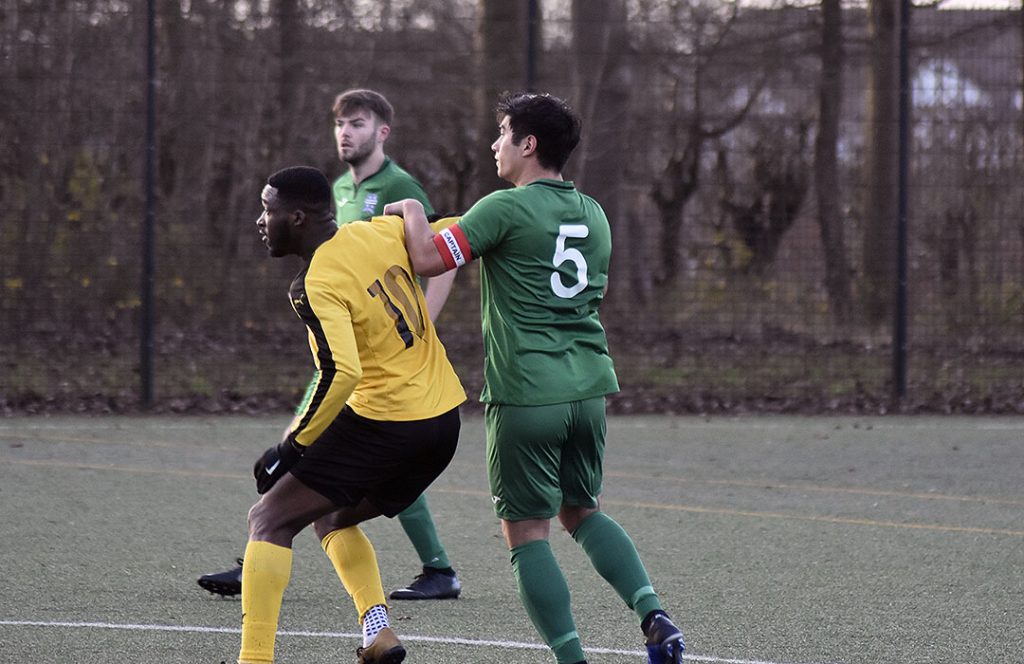 Despite the start Pilks did have a few chances, Luke Sephton hit the post and after Taylor Prescott’s mazy run his shot was blocked and Deklan Hill’s header went just over.

With nine minutes of the half left, Pilks seemed to switch off and Matty Taylor found himself running back and stumbled into the forward to give away a penalty that doubled Egerton’s lead. Disaster struck again two minutes later as Pilks got caught out with a long pass and they went through for a third goal.

The scoreline seemed harsh on Pilks as they had their fare share of possession and chances but just lacked a bit of drive and quality that the opposition was showing.

They came out in the second half with much more purpose to close down and you could sense the tide turning when Sephton brushed the post again. 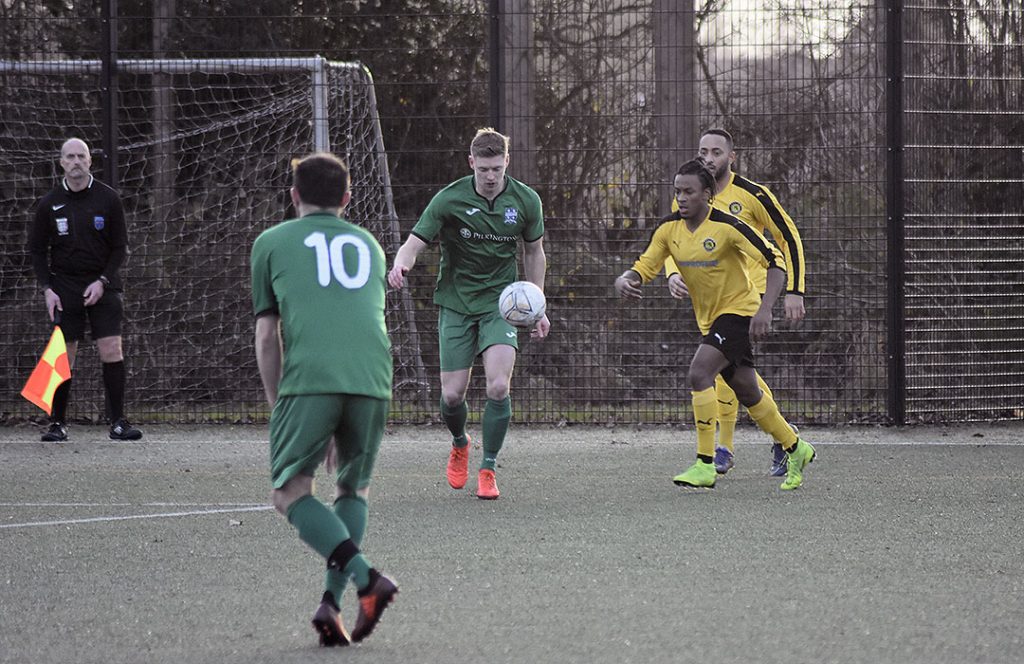 Pilks still had to be thankful to young keeper Sam Tickle who pulled off a great save after finding himself standing up the forward following Ben Maddocks’ stray back pass.

Finally Pilks got the breakthrough. A quality cross from Taylor led to a scramble where the keeper pulled off two great saves before Hill headed home.

Pilks were now controlling the game and kept knocking on the door. Sephton had a few chances and on the 71st minute was unlucky not to connect at the back post following another quality cross from Taylor.

Finally with nine minutes to go Pilks set up a grandstand finale. Sephton did well to win the ball back off the centre half and as he rounded the keeper he was brought down. Hill converted the penalty for his second of the game. 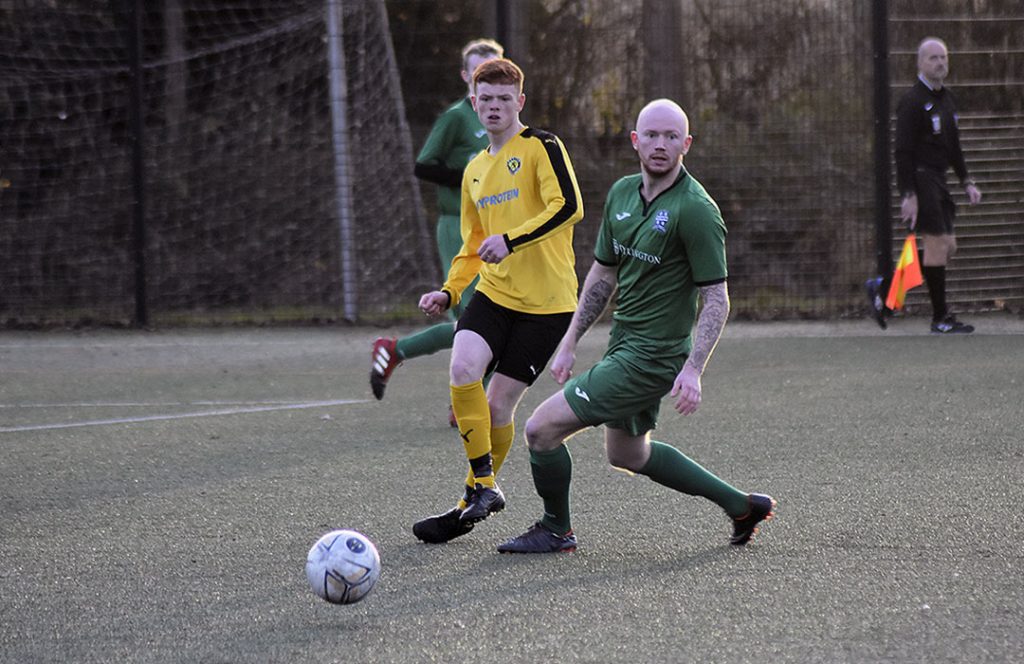 Two minutes later and Pilks were level when Hill completed his  hat-trick when his cross evaded the keeper to nestle in the top corner.

Pilks would have been happy to take the draw at this stage but two minutes later Sephton found himself one-on-one with the keeper inside the box but somehow dragged it wide. The resultant goal kick was brilliantly taken down by ex-Jamacian International and MLS player Omar Holness who turned on the edge of the box and volleyed the ball past Tickle to give Egerton the lead right at the death. 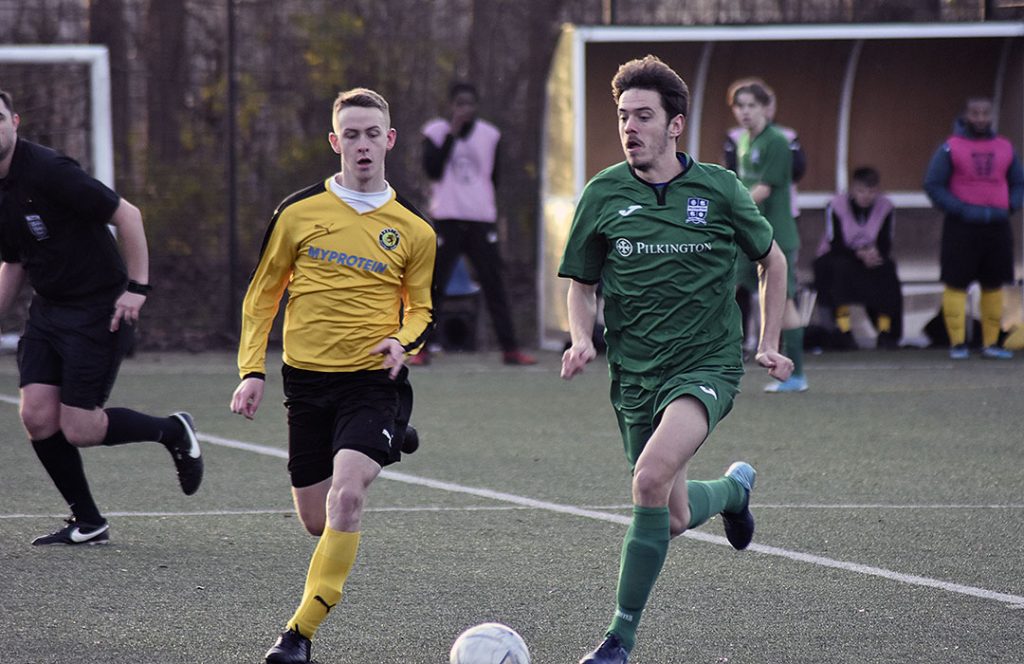 As the game went deep into the 5th minute of injury time, Egerton were understandably trying to run the clock down and got caught out on the touchline to give away a free-kick. Up stepped Taylor who delivered another majestic cross that Maddocks met to equalise with the last touch of the game.

Manager’s Comments: “We are absolutely made up to grab a point. We went there apprehensive after losing a few players to suspensions, injuries and holidays but the resilience we shown after a disastrous first half was brilliant to see. We are all fighting together for every point which will stand us in good stead at the end of the season. Big congratulations to Young Will Edwards who stepped up from the reserves and didn’t put a foot wrong.”