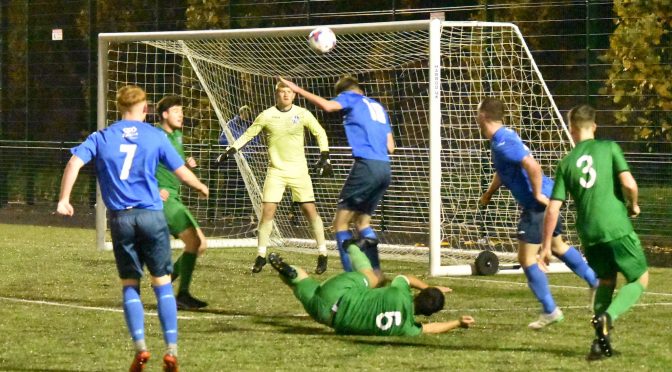 On a very chilly night at the ArcOframe Stadium Pilks extended their winning streak with a late goal against a resolute Holker side. It wasn’t the best quality football from either side but Pilks found a way to win when a draw looked the likely outcome at the 90 min mark.

It was a much changed Pilks starting lineup with debutant George Atkinson and Taylor Prescott starting up front for the suspended skipper Luke Sephton. Other positional changes were made which provided a new look to the side for this important game.

Young Prescott made a very lively start and the Holker defence had problems containing his energy and pace. It was Holker however who had the first attempt on goal after 5 mins when a header from a corner went over the bar worth out troubling keeper Jones.

There were no shots on target from either side in the first 15 mins but 3 minutes later Prescott took advantage of a Holker defence who couldn’t clear the ball and dispatched his shot perfectly to give Pilks the lead. 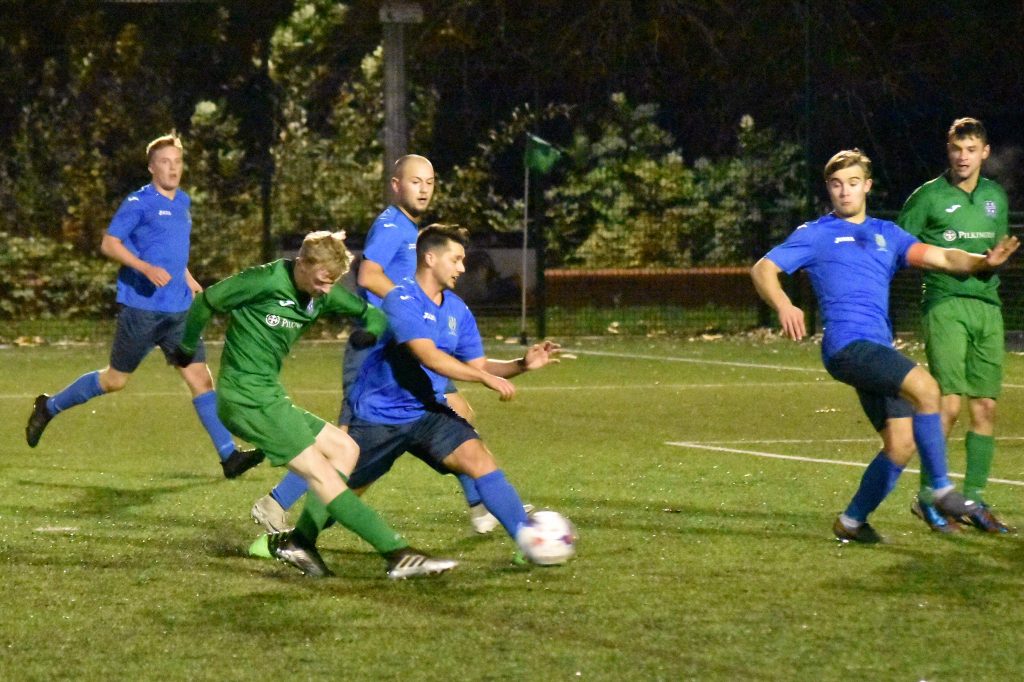 Holker had a direct free kick on 19 mins that failed to find the target and went harmlessly wide of the right hand post. On 24 mins Pilks right back Meadows was caught in possession just outside his box and the Holker striker should have done better with his shot which again went wide.

Jones made another save low down on 26 mins which was followed by a Pilks attack which saw both Prescott and Marsh being denied in quick succession by Holker keeper Stephens.

Pilks second goal came on 38 mins when Callum Laird slid in at the far post to push home a cross from their right hand side. 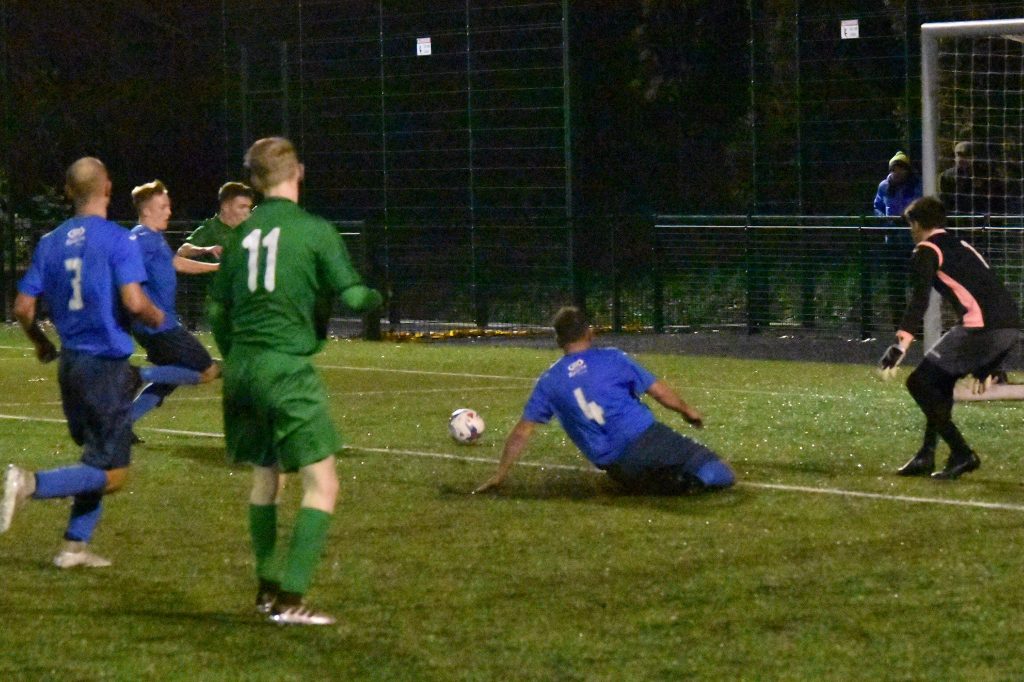 Pilks were worth their 2-0 lead at half time but Holker upped their game in the second half and pressed Pilks further up the pitch. On the 15 min mark they had two shots in quick succession both finding the arms of keeper Jones.

On the hour mark it was clear that Holker were not giving up and they began to have some control over the game producing several promising attacks, one of which on 67 mins produced a point blank save from keeper Jones.

Pilks cracked on the 75 min mark when Brandon Collins pulled a goal back for Holker which was no more than they deserved. Holker smelled blood and continued to press hard. The Holker pressure told again a few minutes later when Samuel Joel levelled the score after a fine break.

Both teams wanted a winner and Pilks brought on Deklan Hill on 82 mins to replace Ben Maddocks. On 90 mins Pilks had a direct free kick on the left hand side. Marcus Giglio obliging, pulling his shot wide. 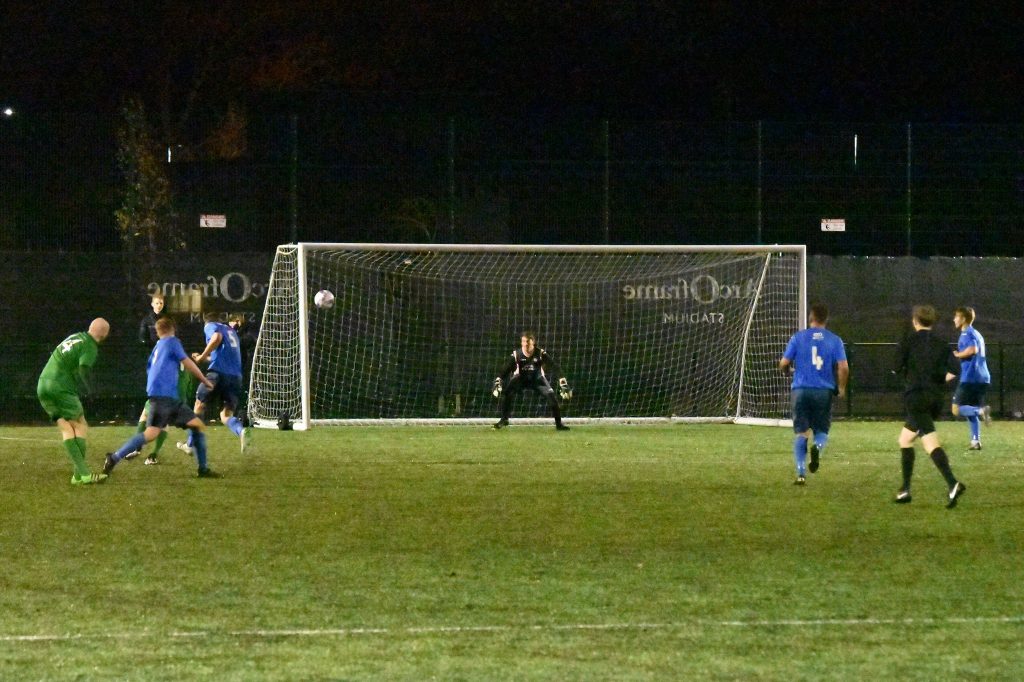 Deklan Hill had had one shot on goal without troubling the keeper immediately after coming on but in the 93 min provided the winner with a shot down low to the keepers right. 3-2

No time for Holker to respond and referee Groves called time soon after they restart. The first half belonged to Pilks and the second half to Holker but it was Pilks who again found a way to win the game. That makes it 3 league wins in a row. There are tough games ahead but the signs are good for this team as they rise to 5th in the table.