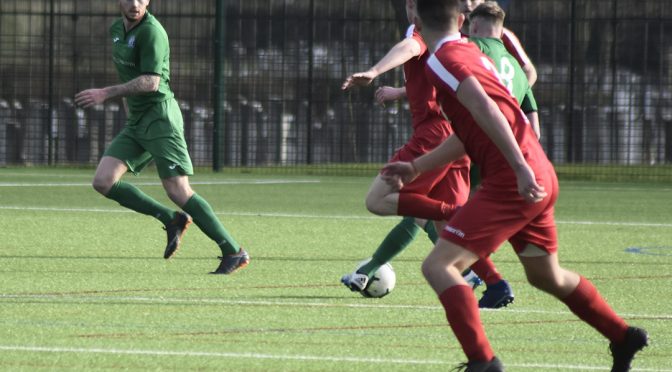 Pilks crashed out of the Liverpool FA Challenge Cup as they were beaten 2-1 away at AFC Liverpool Reserves.

Pilks struggled to settle into the game and spent most of the first half working out how to open up a very well organised team.

Despite enjoying the vast majority of the possession, all their play was rushed and direct and it took 27 minutes to fashion any kind of opening when they finally got the ball into the channels for Matty Taylor’s send in a cross that narrowly evaded the on rushing Ben Maddocks and Deklan Hill.

A few minutes later Pilks found themselves a goal down against the run of play. AFC’s lively forward Jordan Foster turned on a sixpence at the edge of the box and dispatched a left footed shot past the outstretched Patrick McLaughlin. This seemed to give AFC encouragement and they forced a good save out of McLaughlin.
Taylor then had a chance to equal things up with an attempted lob from the keeper’s poor clearance.

On 41 minutes Jack McConville found himself the wrong side of the forward and his clumsy tackle led to a penalty and a yellow card. Foster dispatched the penalty for his and AFC’s second.

Pilks responded well by grabbing one back right on the stroke of half-time. Maddocks hit the bar from a corner and Luke Sephton headed home the rebound. 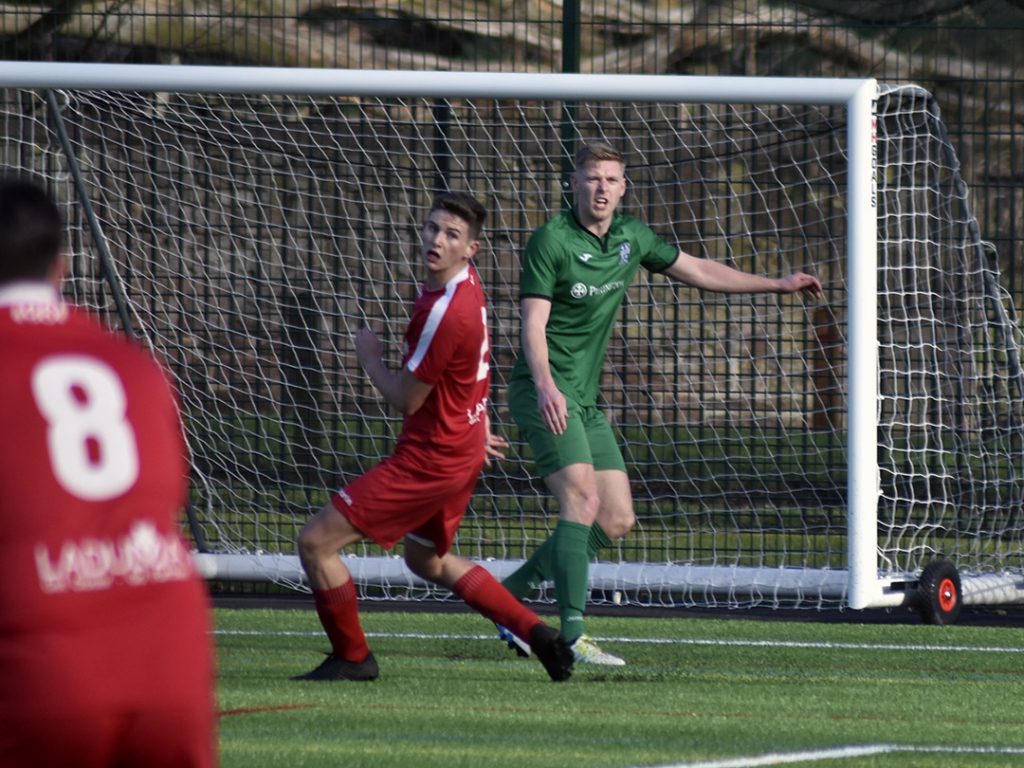 The second half was very much the same as Pilks controlled most of the possession. They spent most of this period in the opposition’s areas but this time their play was lot more controlled as they moved the ball around well looking for a way to break down the stubborn defence.

On a rare attack McLaughlin was called upon again to pull off a vital save before Sephton raced clear but shot straight at the keeper. On 75 mins Sephton had another chance to equalise but blasted over from six yards out.

With ten minutes there were rare moments of pressure from AFC. Firstly, McConville was harshly adjudged to have fouled the opponent and received his second yellow card and Foster’s shot was deflected onto the bar as AFC looked to finish the game off.

Pilks were in control but just couldn’t find the opening. It did seem as though they had finally found it as the game entered injury time but Taylor Prescott stabbed Matty Taylor’s cross onto the post.

In the end despite controlling most of the game, Pilks seemed to lack the cutting edge to break down a stubborn team who now move into a semi-final tie against East Villa.

Managers’ Comments: It’s really disappointing to go out of the competition at this late stage. We think some of play was great today but the whole performance lacked a sense of composure and pace to open the opposition up.