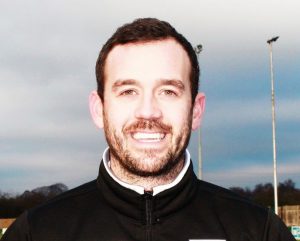 The St Helens-based community club also confirms that Lee Jenkinson and Phil Marsh remain with the club as assistant manager and player-coach respectively.

Chairman, Jim Woodyer paid tribute to the outgoing manager and said, “Ste Palfrey has been a great servant to the club in many different roles over the years and the club committee and I thank him for his contribution to the first team successes, including leading us into the North West Counties 12 months ago after winning the Cheshire Football League’s Premier Division.”

Tickle said, “I’m delighted to be given the opportunity to manage Pilkington FC, it was something that I couldn’t turn down.  After meeting with the chairman Jim Woodyer, it was clear to see his ambition for the club and I can’t wait to get started.

“In terms of management I’m very young, but very ambitious and I will work tirelessly to push this club forward. The team consisting of myself, Phil Marsh, Lee Jenkinson and my father Steve who in turn played for Pilks over 40 years ago have the knowledge and the know-how to take the club to the next level.

“Ste Palfrey has done an incredible job and I can’t wait to get started on Monday and take Pilks onto the next level.”

Woodyer added, “I am delighted to have been able to secure the services of Dave Tickle as our new first team manager so quickly. He is well respected around the non-league scene and brings a wealth of experience to us which will be invaluable in our quest to secure promotion this coming season to the North West Counties Premier Division.”