The opening fixtures for the 2016/17 Cheshire League have now been announced. The First Team face a tough test at home to League One newcomers Warrington Town Reserves, who were promoted for Division Two last season. The two teams last met in the J A Walton Cup last season with Pilkington running out winners 6-4. 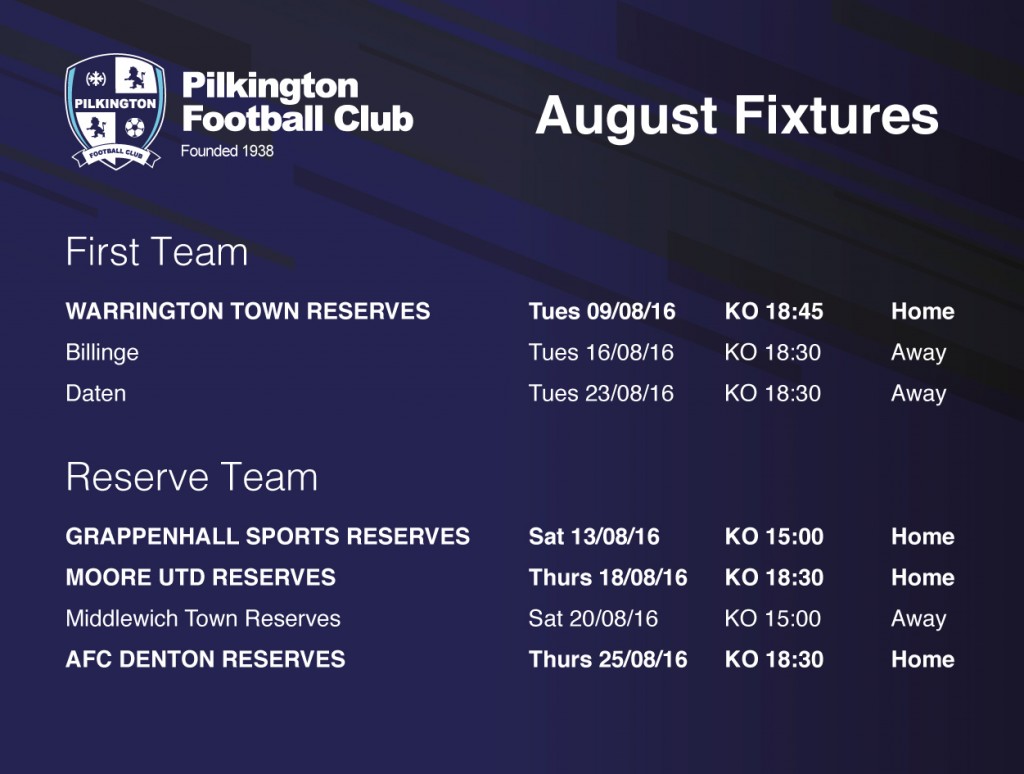 We can expect a tough test against the Warrington side as it is expected that they will be much stronger following their First Team being crowned champions of the Evo-Stick First Division North.

The weekend games have yet to be scheduled as we await the announcement of the Evo-Stick and NWCFL  fixtures, but the First Team will face tough midweek away tests against local rivals Billinge and Daten.

The Reserves are also at home for their first two games against Grappenhall Sports Reserves and Moore United Reserves before travelling to Middlewich Town Reserves.