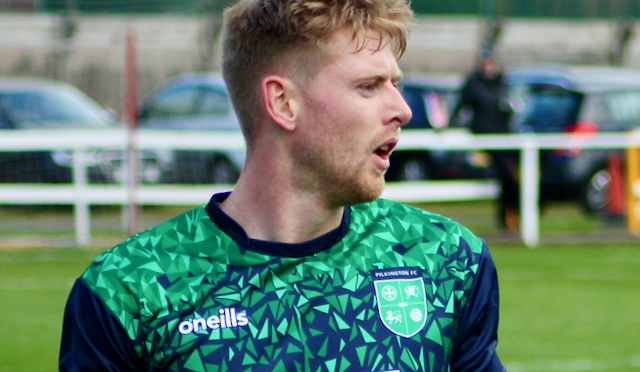 It with sadness that we announce that club skipper Luke Sephton has agreed to join his elder brother Scott at Northern Premier League Premier Division side Stalybridge Celtic, who are currently some three steps higher than Pilks in the Non-League Pyramid.

Sephton joined us from Congleton Town in September 2016 and over the past four years has been a key member of our first team as we secured two promotions culminating in being crowned Cheshire League Premier Division champions in 2019 and securing promotion into the North West Counties League for the first time in Pilks’ history.

During that time, not only has he been an outstanding leader but his numerous goals have contributed hugely to our many on-field successes.

Manager Dave Tickle said, “Sepho has been an unbelievable servant to the club, from the short time I’ve been able to work with him his attitude and commitment has been first class. He’s a fantastic footballer and a cracking lad. I wish him all the best, but football moves on really fast and we will crack on with our goals as a football club.”

Sephton leaves with the best wishes of everybody associated with our football club and said, “Thank you for everything that the club has done for me over the last few years and I hope to see everyone again soon. Now, go and win the league!”

Whilst Sephton will be registered as a Northern Premier League player with Stalybridge Celtic, we will retain his North West Counties League registration, meaning that he continues to be eligible to play for us in the event that he is not selected to play for Celtic.