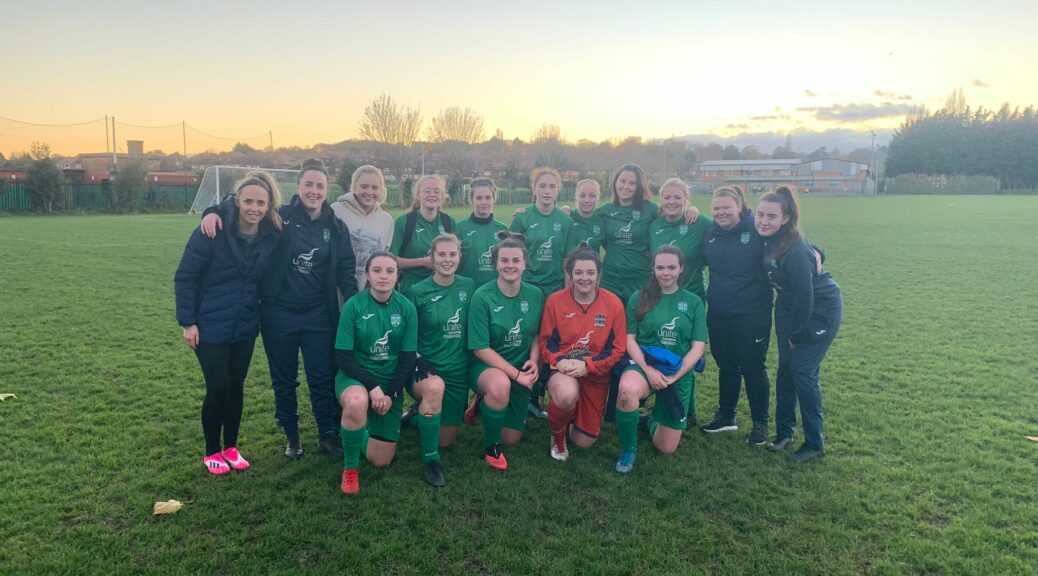 The 5th December marks the 100th anniversary of the 50-year ban on women’s football. Pilkington FC will be celebrating the lifting of the restrictions with a weekend of commemorative events that shine the spotlight on our womens’ and girls’ teams.

Contrary to popular belief, women’s football has always drawn in huge crowds and support, even during the 1800s! However, it was during World War I when the women’s game was gaining momentum.

With most British men away fighting in Europe, women were able to work and play football with freedom. However, on the 5th December 1921, the FA banned women from playing on Football League grounds. “…the game of football is quite unsuitable for females and ought not to be encouraged.” Crazy, right!?

Thankfully, in a momentous move for the future of the women’s game, the ban was lifted in 1971, two years after the Women’s Football Association was founded.

This weekend, the women will be taking over the men’s game in celebration of the ban being lifted!

Come down to watch our men’s first team this Saturday, who will be joined by the Pilkington Lilies and Women’s team for their fixture against South Liverpool FC.

The Ladies and Lilies team will appear on the front of the matchday programme, complete with a tailored article celebrating the 100th anniversary.

A club photograph and guard of honour from the Lilies and Ladies will go ahead to celebrate both our female teams and what they bring to our community!

After this, sit back and watch the men as they hope to earn themselves another 3 points!

Ticket sales and fundraising on the day will go towards helping the women’s team to buy new equipment and training gear. However, 25% of all donations made will go to the Chrysalis Centre for Change, a local women’s charity that supports those suffering from mental health and domestic abuse.

For more information on Chrysalis, you can visit their site here

Pilkington Women’s will also be collecting food donations for Teardrops, who are helping to provide those who are less fortunate with hampers this Christmas. So, if you’re thinking of joining us down at Ruskin Drive this weekend, remember to bring the following…. 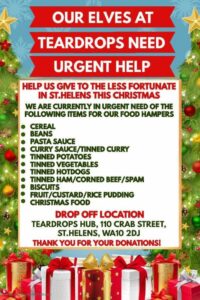 The ladies are back in action this Sunday, hosting Southport FC in their penultimate game before the Christmas break. Home fixtures at Ruskin are always a thrilling encounter, but the added occasion of the anniversary makes it a fixture worth joining us for!

The club as a whole will be out supporting the women, including the men’s first and reserves team. The Lilies and junior boys will also be joining in on the celebrations, walking out with the ladies team before kick-off.

The women are shooting for three wins in a row, so this fixture promises to be an exciting one! #UpThePilks 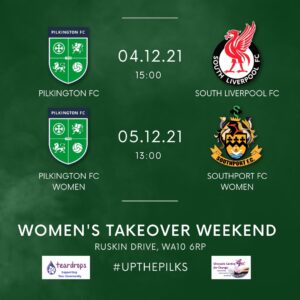 All are welcome to come down to Ruskin and support the commemorative events celebrating the women’s game this weekend!