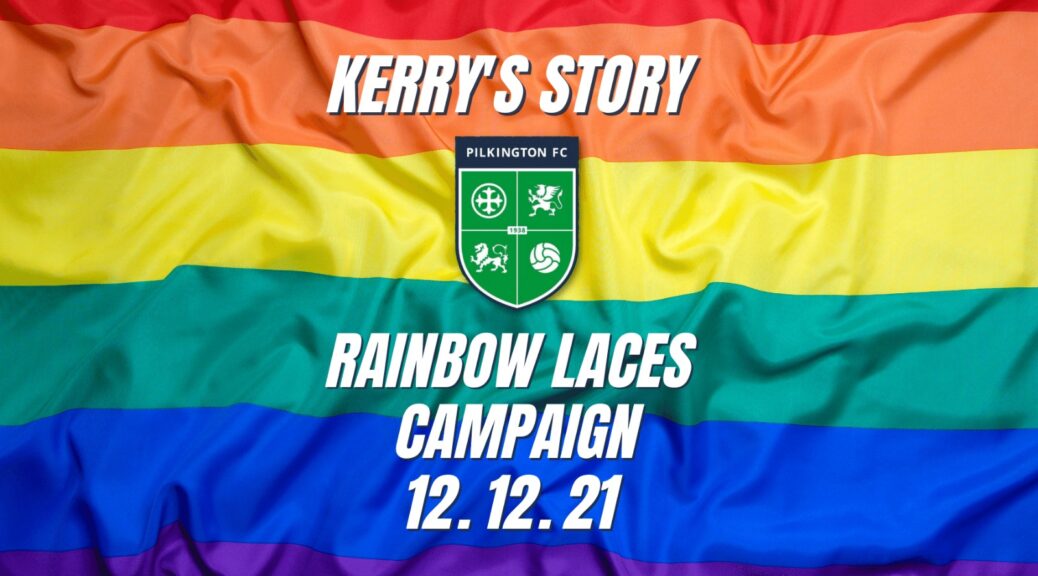 Written by: Kerry Shaw
My coming out story…
Although I’m the oldest member of the team I didn’t actually come out until I was 38. I knew from a really young age, around aged 8, I was different to the other girls.
Why did I leave it so long before coming out? For a numbers of reasons really.
1. Fear was my number 1 reason. It wasn’t as widely accepted to be gay in the 80’s and 90’s as it is today and back then being different made you more of a target.
2. I was afraid of losing friends and family as I was scared they wouldn’t accept me for who I am.
3. I didn’t want to be gay. Although I was fully accepting of other people’s orientation I was not accepting of my own and so I tried to deeply bury it  and ignore my feelings as best I could.
4. The older I got the more difficult it became, especially as I had started a family in my early 20’s and as a result I was not playing football at this time.
There came a point during this time where it all became to much and had a negative effect on my own well being. I was living a lie and was really unhappy.
All this had a significant impact on my mental health and I finally went to ask for help. I began seeing a councillor who helped me come terms with who I am and that it is absolutely ok and normal to be different.
I re-joined football in my mid 30’s after having a lot of years away from the sport which I have always loved.
I’m currently lucky to be playing for Pilks Ladies FC with such a good bunch of kind and supportive teammates. Being part of the woman’s football community also really helped me come to terms with who I am too.
Teammates are such a huge support and being around like minded people and hearing their coming out stories made me realise I’m actually not that different.
The support of family and friends, including my children, lifted such a big weight of my shoulders and showed me I was unnecessarily worrying and lying to myself for years.
My only regret is being so scared made me not come out sooner, knowing what I know now would have helped me but I believe everything happens for a reason and if I had done things differently then I would not have had my children.
The most important thing I have learned is self-acceptance is key. Since I have now finally embraced who I am, I have never been happier.

Rainbow laces day is important on many levels for the LGBTQI+ community and it’s good to raise awareness. Society has come a long way these days. We now celebrate diversity and individuality and are so much more inclusive of difference, long may it continue and improve across the board including in men’s sports too. I’d like to see zero discrimination across the whole of football.

I hope supporters, players and club members take away the following things from this article:
Please join us down at Ruskin Drive on Sunday 12th December at 1pm and cheer us on with PRIDE.