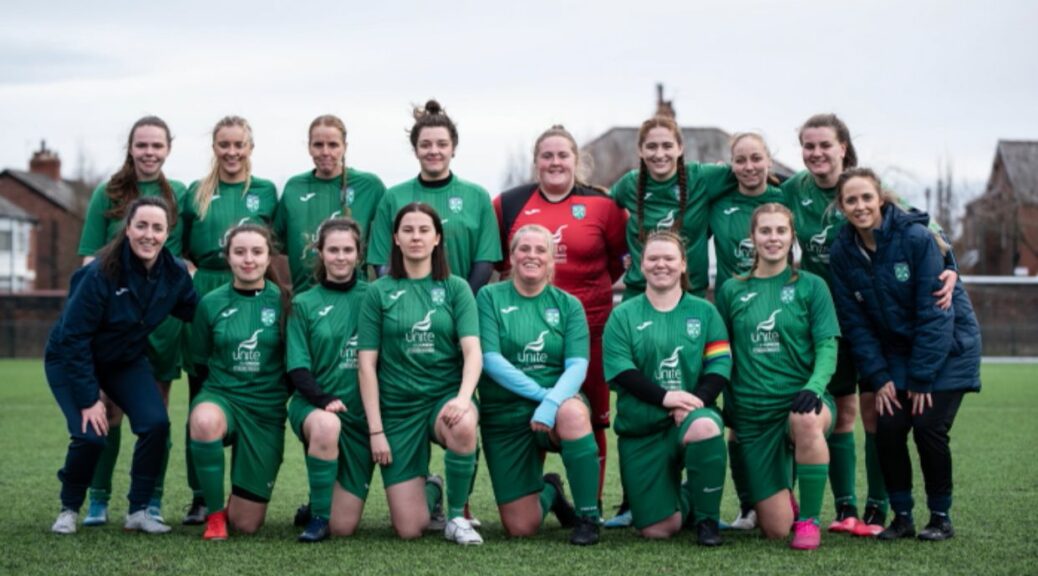 Pilkington made it three wins out of three after defeating Southport 3-0, with all goals coming in the first half by Nic Franey, Bec Birchall and Emma Donegan. It was a special weekend at Ruskin Sports Village, with the women’s team taking over the ground to commemorate exactly 100 years since the ban on women’s football and 50 since its lift. The home side made sure to give their best performance in front of fans, family, friends and the young Pilkington Lillies.

It took only five minutes for Pilkington to open the scoring. Franey extended her goal streak to five consecutive matches as she pummeled the ball into the top corner after it was played through by Carla Landers.

The Pilks were off to an electrifying start as barely a minute later, a quick free kick led to Franey running down the left wing and delivering a low driven cross into the box. Birchall got her left foot on it and tapped it in, making it 2-0 within the opening ten minutes.

Southport were looking low as they struggled to get out of their own half and the few shots on goal were comfortably taken care of by goalkeeper, Lia Pierce.

In the 35th minute, the lead was extended to 3-0 by Emma Donegan. Pierce’s distribution from her side of the pitch earned her the assist as Donegan chipped it over the keeper.

The away side looked livelier at the start of the second half and started it stronger than the first 45 minutes. Pierce was properly put to the test for the first time in the game after having to save a strong shot on goal which was Southport’s first sign of tenacity.

Franey had the chance to make it 4-0 but the shot was parried away by the visiting goalkeeper who stretched well to get her fingertips on it. She then miraculously kept the ball out of her net by denying Landers before getting up and saving Franey’s rebound shot.

A great performance by Southport’s back line and keeper managed to keep The Pilks at bay in the second half. The win puts Pilkington in fourth place, just three points behind Tranmere who sit in second while Southport are left to continue the search for their first win of the season next weekend.